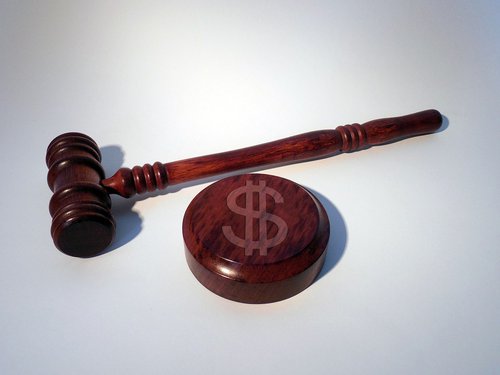 Many people who are considering filing bankruptcy want to know if it will have any affect their income tax return. In the state of Georgia, as well as the rest of the United States, the laws are the same. Tax debts are generally not dischargeable. People often wonder what the case is specifically in a Chapter 13 bankruptcy. In that situation, the debts must be paid in full according to the reorganization plan. To have them liquidated in a Chapter 7 can be a bit tricky, but in some cases it can be done.

The Rules for Discharging Debts

It is often thought that bankruptcy is a way to settle back taxes; however, tax debts must follow the mechanical laws as listed in 11 USC § 523(a)(1) and 507(a)(8). While bankruptcy does help to liquidate assets, it doesn't mean that all the tax debts will meet the criteria. In general, there must be three years between the official date that tax is owed and the date the bankruptcy is filed. Alternatively, the tax return must have been filed at least two years earlier than the bankruptcy petition to qualify.

The rules are easier to understand with an example. For instance, if a person is filing for protection in 2016, yet they haven't filed their taxes in 2013 and they owe money; this debt would not qualify as dischargeable. Even though the debt technically is more than three years old, because the person has not filed the taxes within the past two years, it cannot be counted. These rules are in place in an attempt to prevent people from filing a petition for bankruptcy with the knowledge that they have outstanding debts with the IRS.

It is not uncommon for people who know they are going to file bankruptcy to also file past past due tax returns and run up credit cards and other debts so that they won't have to pay them back. The IRS puts safety precautions in place to prohibit these practices in order to ensure that no one avoids paying their income taxes. However, it is important to keep in mind that, if one pays their income tax, there is always a possibility that their circumstances will qualify them for an income tax return.

Before a person can include their tax debt on their bankruptcy petition, at least 240 days must have elapsed since the IRS did their assessment. This rule is applicable to those returns that have audit adjustments and or amended returns. If a person has filed paperwork for an "Offer in Compromise," then the 240 days may be extended per the IRS. This is one way that people are sometimes able to include taxes on a bankruptcy petition.

Other Criteria That Must Be Met

If the time restraints aren't enough, the Bankruptcy Court also has other stipulations that must be met to discharge the income tax. In order to be eliminated, the following requirements must be met:

When There Is A Lien Involved

When a person does not work with the government to pay off their debts, the IRS uses other tactics to try to collect their money. One of the most popular tactics the IRS uses to collect money owed to them is through the use of liens. A lien is a hold placed on an asset that guarantees that before the asset can be sold the money will be paid to the lien-holder. This is a legal proceeding that is done through court. According to Nolo.com, once the lien is placed on the asset, bankruptcy will not erase that transaction. This means that a person can qualify to have their debt removed to the IRS, but they won't remove the lien. So, while the IRS won't peruse any further collection activities, before the asset can be sold, the bill must be paid in full.

What to Do Next

If you still have questions about how filing for bankruptcy will affect your income tax return, we encourage you to contact the offices of Debt Relief Attorney John E. Pytte for a free consultation. We look forward to helping you get back on your feet soon.